Jul.31 (GMM) Dr Helmut Marko has admitted he is “concerned” about Red Bull’s pace in Hungary. The championship leaders headed into the weekend confident that the pendulum of competitiveness would swing clearly back in their favour on the tight, twisty Hungaroring layout. However, while Max Verstappen was fastest in opening practice, both Mercedes sped ahead…

Jul.31 (GMM) Dr Helmut Marko is continuing to stand by Red Bull’s “wild” rookie Yuki Tsunoda. Although the energy drink camp’s driver manager Dr Helmut Marko has indicated there will be “no surprises” when the Red Bull and Alpha Tauri lineups are announced shortly, erratic rookie Tsunoda crashed his Alpha Tauri once again in Hungary…

Jul.30 (GMM) The ‘Tifosi’ is heading back to Monza in September. Multiple authoritative Italian sources, including La Gazzetta dello Sport and Autosprint, say government authorities have given the green light for a 50 percent capacity crowd, after the spectator-free ‘ghost race’ of 2020. “It won’t be a Monza as packed as in 2019, but it…

Jul.30 (GMM) Lewis Hamilton and Sebastian Vettel have taken a clear stance against Hungary’s so-called “anti-LGBT laws”. As they made their first public appearances at the Hungaroring on Thursday, the multiple world champions made clear they are opposed to Hungary’s outlawing of LGBT promotion aimed towards children, which passed through parliament in June. Aston Martin’s…

Other engines ‘miles ahead’ of Ferrari – Vasseur

Jul.30 (GMM) Two other Formula 1 engines are “miles ahead” of Ferrari in 2021. That is the admission of Alfa Romeo boss Frederic Vasseur, even though he confirmed that the Swiss-based team will continue to be powered by the Maranello-built engine in 2022. “We are happy with the engine we use and have a good…

Jul.30 (GMM) Nikita Mazepin has slammed speculation that Haas may need to separate him from current teammate Mick Schumacher for 2022 due to escalating tension. “You found the right word – speculation,” the controversial Russian rookie said in Hungary. It has been a tumultuous 2021 season for the 22-year-old so far, amid widespread criticism of…

Jul.30 (GMM) Pierre Gasly is still not ruling out a return to Red Bull for 2022. That is despite the fact that the energy drink company’s top Austrian F1 official, Dr Helmut Marko, indicated this week that there would be no surprises once the Red Bull and Alpha Tauri lineups for next year are announced….

Red Bull would ‘walk through fire for me’ – Verstappen

Jul.30 (GMM) Max Verstappen says the saga following his 51G crash at Silverstone has only reinforced his notion that “I’m on the right team”. The championship leader’s comments come as the FIA on Thursday rejected the arguments made by Red Bull about the penalty imposed on Lewis Hamilton for the highly contentious British GP incident….

Jul.29 (GMM) Imola is aiming for a multi-year deal to secure a permanent spot on the Formula 1 calendar. Last year and also in 2021, the former San Marino GP venue in Italy stepped in at short notice to fill calendar gaps in the covid-marred sport. And now, regional Emilia-Romagna president Stefano Bonaccini admits he…

Jul.29 (GMM) Max Verstappen’s Honda engine appears to have survived the huge 51G crash that left him briefly hospitalised after contact with Lewis Hamilton at Silverstone. “Thank God the engine can be used again,” Red Bull top official Dr Helmut Marko revealed to RTL. The team has estimated the damage bill at between EUR 750,000… 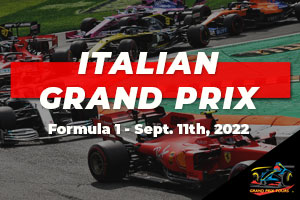 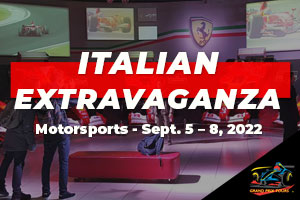 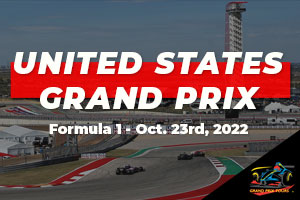